Born out of campus ministry, this church is making real-world disciples 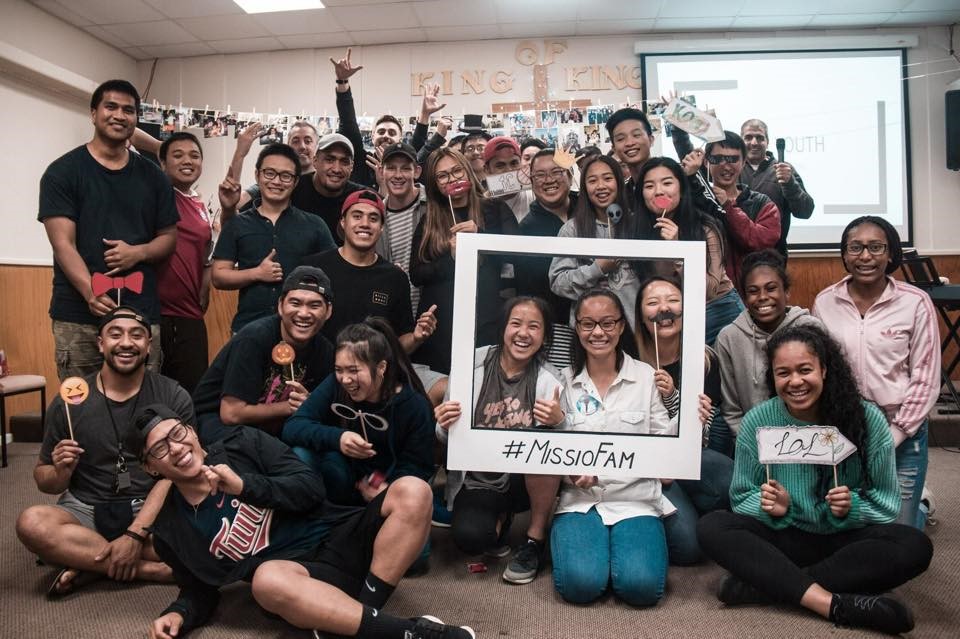 Simple, fresh, organic. These are the words that spring to mind when one hears the story of a young church plant called Missio.

It’s a story that centres around two couples. The first is Joel and Esha Le, who married during the course of this story. The second is Aaron and Anna Hills, whose roles as mentors and disciplers underpinned the forming of the church.

When Joel returned to university to do his Masters in Architecture, he was befriended by some men involved in Athletes in Action (AIA). AIA is closely associated with Student Life, a campus movement centred in evangelism and discipleship, but has a particular focus on athletes and those who love sports. They invited him to a mid-year Student Life conference, and Joel felt like he had found his tribe. He became a part of the AIA movement on campus.

While he loved being involved in ministry, Joel still yearned to grow as a disciple. When he was invited to join a regular weekly meet-up with other men from AIA he jumped at the opportunity. This cadre of friends helped keep each other’s zeal alive and were accountable to each other for their personal spiritual growth.

Joel then met and began dating Esha, who was on staff with Student Life. The example of Joel’s group inspired her to host a similar weekly gathering for the keenest women in her world.

Now let’s introduce Aaron. He entered Joel’s life through marrying Joel’s sister, Anna. Growing up an atheist, at 21 Aaron found himself in a flat with six other Christians. One of them was a young policeman who was shot and wounded. Aaron was impacted by this young man’s strength of faith and character as he displayed ‘the patience of Job’ through his long recovery. Aaron eventually came to faith himself.

His own journey to faith and church has shaped Aaron’s worldview. The first church he attended met on Fridays in someone’s home garage. “I first met God in a house setting, where reading the Bible and doing something about it seemed perfectly normal. When it later came time to plant a church, it just seemed natural that it would look and feel like a house church, based around mission and discipleship,” says Aaron.

Aaron’s leadership and commitment to discipleship brought him to the attention of mentors like Pink Davis and later, Clifford Wadsworth at Cornerstone Baptist Church, where Aaron was doing a pastoral internship. These men helped give Aaron a robust theology and grounding in the faith.

As he looked to pass on what he was learning to faithful others, Joel was available, teachable and in Aaron’s natural orbit. They would meet weekly and Aaron would share what he was learning. Joel in turn was involved at his mum’s church, where he had opportunities to speak, teach and be a part of the Sunday School and youth programmes. “Personally, I just wanted to grow in my abilities to read, study and teach from the Bible so I could share with others,” says Joel.

It was a small step for Joel to introduce his men’s group to Aaron, and Anna was invited to have a discipler role in Esha’s group. When the two groups decided to join together, they realised they had the makings of a church on their hands!

They call their church Missio, which is Latin for ‘Sent’. At the core of Missio is a belief in living out their mission by engaging with people where they are, and then gathering together in organic and authentic ways, such as in a house church. They have as their mission statement, ‘To make and multiply disciples and churches to the 4th generation’.

“We believe Jesus gave us an incarnational model for reaching the world,” says Aaron. “Following this model means going to them, entering their rhythms of life, connecting with them in their environments and developing a relationship based around hospitality. Out of this will flow relationships of discipleship.”

The church meets 2-3 times per week. Gatherings on Sunday start at 1pm and finish around 4pm, often moving into a meal together and evening fellowship. They also meet on Mondays and Wednesdays, gathering for a few hours over food, fellowship and bible study. There is an emphasis on discipleship, with people paired up to look after each other.

Most times the church meets at the home of Aaron and Anna, but during the summer they sometimes meet in a local park.

For the rest of the week, their movement is involved with Student Life and with Athletes in Action on campus. Almost everyone at Missio was first engaged on campus, but since graduating several are now starting their professional careers. In this sense Missio is maturing as a church as it grows.

Given the roots of this church and its strong missional heart, it is not surprising that several members have committed to full-time ministry. Sela Tukuafu and Melody Lino became Student Life staff, whilst Lata Toa and Rochele Lauata joined AIA.

“The discipleship I received within Missio on the one hand, combined with my work on campus on the other, has really shaped my view of what true practical discipleship looks like. It has also shaped how I want to lead on campus — through relationships,” reflects Lata. “In Missio we learned early on that discipleship is more than just meeting up to study the bible. It is life on life stuff. Once we got that, we leaned into it – experiencing the transparency and vulnerability of discipleship as life and conversations together. There is great strength of relationship and unity within Missio as a result, and I want that for campus too.”

Melody agrees. “What I have most enjoyed about Missio is seeing what is like to really be a family. It’s what we all want – to get to really know these people and be vulnerable with them. We all come from different family backgrounds, but to discover what it means to be church family together is very special. It is hard but rewarding! And then to be able to take what I learn at Missio and put it into practice on campus — that is gold.”

PrevPreviousWe need much more time to talk on Sunday